Notoriously known as the intense warrior with a caustic wit, Terra’s Legendary Berserker fights his battles all-in, full of uncontrollable fury, and with no mercy in sight. 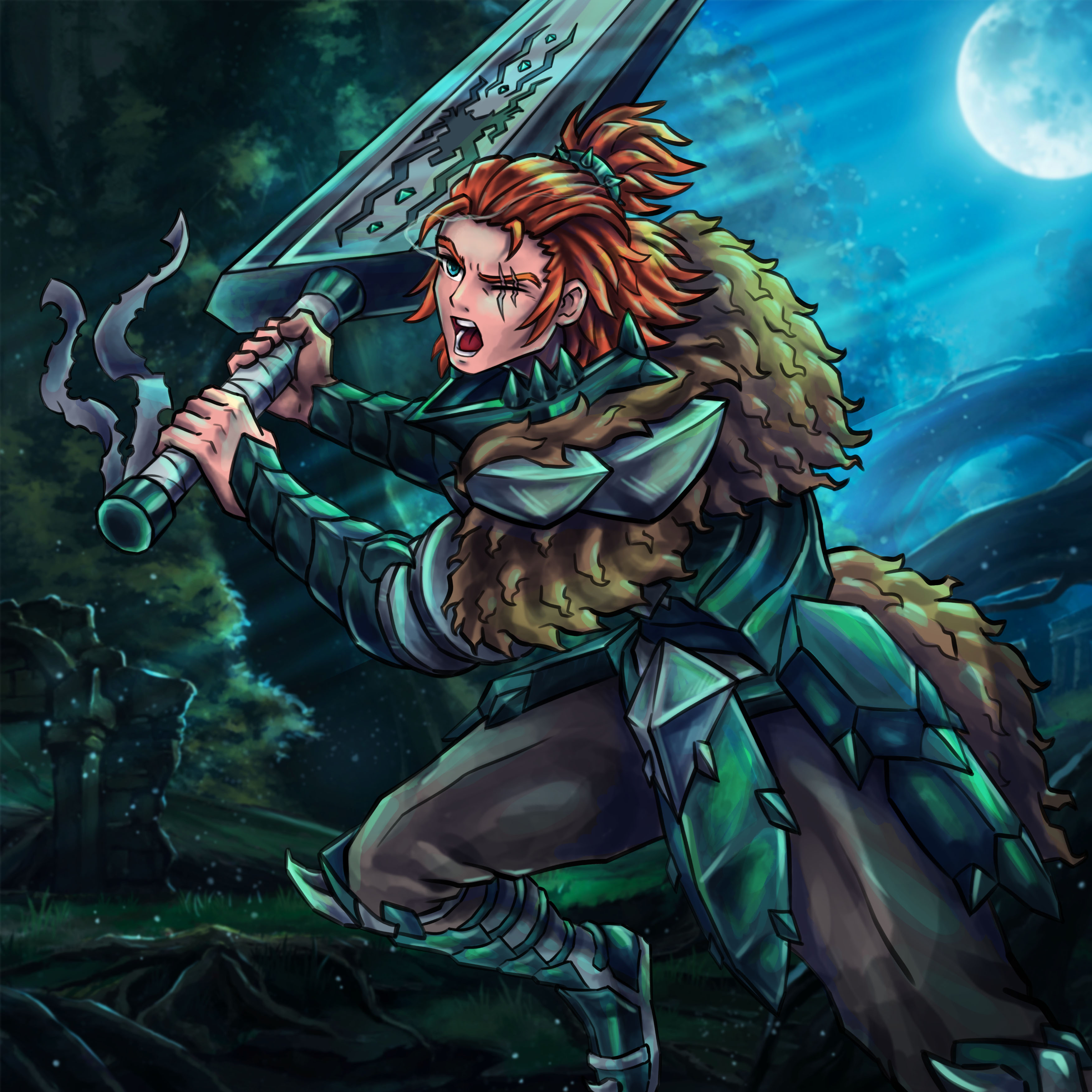 Notoriously known as an intense warrior with a caustic wit, Terra’s Legendary Berserker fights his battles all-in, full of uncontrollable fury, and with no mercy in sight.

The son of King Amar and Queen Medea, Emeras is unlike the King’s previous offspring; he was born brimming with a certain indescribable potential and talent. Acknowledged as a child prodigy, Emeras has shown a natural prowess for warfare ever since he picked up a sword as a little boy. He was always drawn to steel and weaponry, much like a moth to a flame.

Nevertheless, few know of his internal troubles. It’s exhausting enough being the son of someone dubbed the King of all Ages; his mother is also the powerful Earth Mage, a queen and a Grand Sorceress bonded to Yggdra himself. So, the boy grew to scorn the sheltered life of a royalty and requested instead to be stationed beyond the safe confines of Avaritia, determined to hone his skill as a fighter and leader.

However, in one unfortunate patrolling duty, Emeras found a whole village burned to the ground and its people massacred. Unknown bandits had ambushed it without sparing anyone, including women and children. While walking past the bodies, the young prince came upon familiar faces: children who’d kept him company during his watch—friends he’d failed to protect.

Choking with uncontrollable grief and rage, Emeras went after and slew the bandits with malice. He was so blinded by wrath and the pure, albeit extreme, intent to protect his people, that he slayed everything that blocked his path. Only after his bloodlust was quenched was he able to return to his senses.

It was a bloodbath, but King Amar appreciated the devotion Emeras had shown to his people, and recruited him to join the rank of the Royal Guards. Tasked to oversee his faction, Terra, and to defend his land against encroaching foes, Emeras proudly wears his sigil, especially now that he has been entrusted with an important role.

Some people believe that the King feared his son’s rage and wanted him close, some whisper that he has to be trained and protected by the best guards, while others say the Crown Prince is being secretly punished for his bloody spectacle. Whether the rumors are true or not, no one can deny that one way or another, the young, angry Berserker is also the future of Avarik.