Glacian Legendary Paladin doesn't let anything get in the way of his ambitions. A true crusader, he can plow down the battlefield in a single strike. 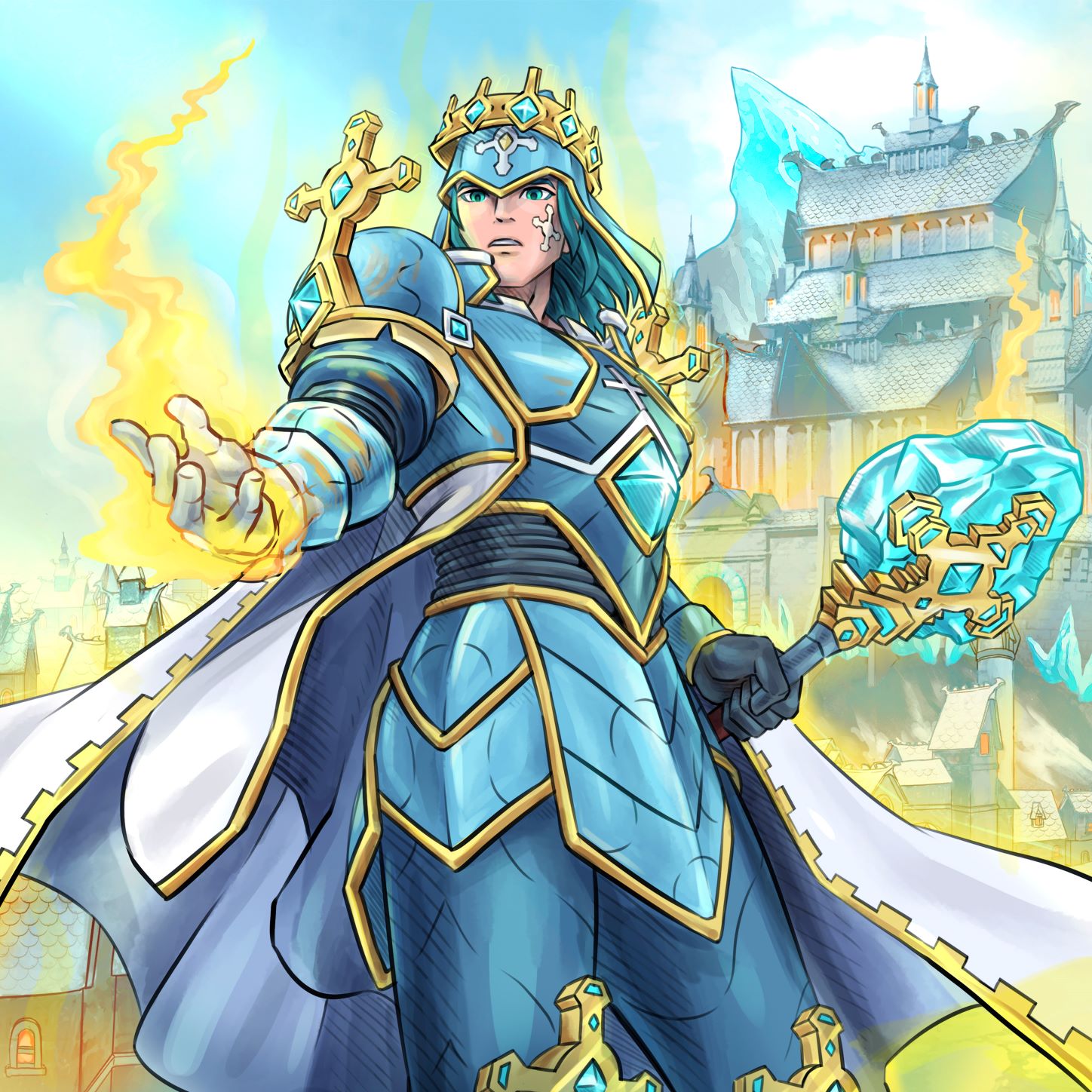 The Legendary Paladin of Glacia doesn't let anything get in the way of his ambitions. A true crusader, he can plow down the battlefield in a single strike.

Although celebrated today as one of the kingdom’s most gifted strategist, Radia’s famed reputation is one earned with much work and conviction. He was born a sick child, so small and frail that he was confined at home for much of his youth. Much like the true Glacian that he is, the boy found comfort in books and scholarship, especially stories of wars and inspiring heroes.

Although he was intellectual, he also had faith in the gods and felt in his soul that he was destined for something more. And despite his weak physique, Radia was a devout disciple of the Frozen God, Lord Izaz.

One day, when the young Radia was performing his daily prayers deep in the frozen woods, an aurora shone on him—divine, emerald lights that appeared only in the old legends. The miracle healed his physical disabilities and granted him strength of the Frozen Lord himself. How and why he was chosen to bear this holy blessing remains a mystery that stumps both scholars and clerics alike, as the gods are usually known to bestow their powers only upon their vessels, the Grand Sorceresses.

Reborn with new might and vigor, Radia became a force to be reckoned with. He realizes that he now has the opportunity to become one of the heroes he used to read about, and feels such gratitude that could only be repaid by helping others. He traveled to the outer villages to liberate its people from the tyrannical Northern barbarians. On the front line, his learned wisdom and strategy helped him outwit the savages, utilizing his wit to oust their army.

Word spread of Radia’s intelligence and battle prowess, until King Amar handpicked him from among other Glacian candidates to join the rank of Royal Guards. So, Radia pledged his service to the kingdom.

Unlike most of his fellow Legendary Knights, Radia did not earn the name Paladin until after he was officially knighted. It was a fitting title considering his courage and chivalry, but the people also acknowledged his unique take on the meaning of hero. Over time, Radia has proven that even as one excels with the sword, one could still pursue both an academic and religious life.

Throughout his years, Radia has also worked alongside many clever folks and brave warriors, but no one captivates his heart as much as Elsha, the shy but gifted Beastmaster who had once saved his life, all those years before he received his blessing.